Pakistan’s fast growing Digital Platform SeePrime released a new short film on their YouTube channel. The film was directed by Mohsin Talat and written by Rudin Shah. The story revolves around two lovers Javed and Nigar who meet on a dark and stormy night at a railway station where they are waiting for the train to their destination and flash back to their childhood days growing up in undivided India.

Ushna Shah and Affan Waheed are playing the lead roles in this heart-wrenching story, while Javed Iqbal will be seen in a supporting role.

The story is completed at the railway station while its impressive dialogues drive the story forward. Javed and Nigar’s dialogues show that although they both know each other from a long time and meet after a long gap. But their feelings for each other are very deep.

SeePrime Executive Producer Seemin Naveed expressed his thoughts about the film saying, “There are many things that we as human beings never fully understand. There are many events that come up in our lives but we do not understand them.” There is no room to ignore or remember everything. We are important in our roles, but often fate brings us to certain places and we accept it.

With the passage of time, the concept of love has been distorted and misinterpreted. Like life, love cannot be defined, it can only be felt but treated as a beautiful dream. It may be too painful for us. Our aim and intention is to present content through these films that inspires a person to look inside and change our way of thinking in a positive direction.” “Junction” Friday. It will be released on 29 July 2022 at 06.00 pm and will be available for viewers on SeePrime’s official YouTube channel. 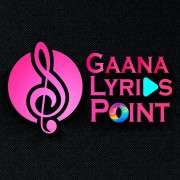 Gaana Lyrics Point is Worldwide #01 Lyrics Website which is providing the latest romantic Pakistani, Bollywood, Punjabi, and Hollywood songs lyrics. Our mission is to provide world top class lyrics to our users that they can enjoy.

Sadaf Kanwal, Said that The Woman is the Enemy of Woman.